I’ve been working on a VCV chess clock patch (a chess clock, or game timer is a clock with two faces, usually LED, sometimes analog, side by side with a button on top each. When one player makes his move, he presses a button that pauses his clock, but re/starts his opponents, though I’m sure many of you know that) for about two weeks now. I’ve had a few ideas, and the “music,” that gets more and more intense as your time runs out is coming together nicely.
My problem is the pseudo-mechanics, that is, the actual countdown(s) and that. Must I program something, or can any of you lovely and talented folks suggest any method to this bit of madness?

I get how a chess clock works, but I’m not sure I understand about what you’re trying to do. Are you using two separate clock generators and you want each one of them being alternatively the leading clock, while stopping the other one?

If this can help, I know AS has some modules (tagged under “Utility”) that allow for countdowns and similar workflows. It’s likely similar ones from other developers exist too:

Interesting, I’d like to see a match played with a patch like this! I had a few chess related module ideas but havent implemented any of it yet…

It would be nice to have some mechanic not only related to the clock or remaining time, but to which pieces are taken off the board as the game progresses. Pawns would have minor effects for example while losing a knight would change chord or something.

About the modules to be used, it can go many ways depending on how you want to represent the clock. For one NYSTHI’s big number could be of use.

Must I program something, or can any of you lovely and talented folks suggest any method to this bit of madness?

There’s probably a few ways of doing it but if you feel the need to program something then try the Prototype module.

As a chess coach and (former) tournament player, I have need trying to use synthesis for the benefit of chess for a while.

If you saw Joe’s post on this thread, it’s a great start, but I was also thinking along the same lines as you. What would the music sound like if you had :10 left, or :05 for that matter? Or if you had 4:10 to your opponents :29? Would the music switch from cacophanous despair to more ambient relaxed music when your opponent hit his clock? Obviously, I want to suss out the project in VCV. But if I could move it to actual kit, I have a dgt digi-board; with that and some of BASTLs more mechanical modules, why couldn’t pieces have an effect (brilliant btw)

If you are really interested in this project, let me know.

To be honest I’m not a big chess player myself, I just admire the game from a safe distance

Don’t understand the :n notation you are using but I assume it’s for value of remaining pieces?

Had to look up dgt stuff as well, interesting! Seems like it’s open for interfacing with other software, but I haven’t looked into it too deeply. It might be an nice project if you have one to make a “dgt_to_midi” program or something, I can imagine a game like this being very interesting in a live performance, either between two players or ai versus human.

Not familiar with BASTL (I dont own hardware) but will check them out.

No. Those were clock times. Like lets say your clock reads 4:10, as in you have four minutes and ten seconds left. The generative music should be relaxed, ambient… But when you hit your clock and your opponent, who only has :39 (seconds left) the music to change to reflect his lack of time with maybe… pounding bass drums? Breakbeat madness?

DGT is the company that makes both the chess clocks, and the bluetooth tables for FIDE(Federacion International des Echecs) tournaments. If say Carlsen(current world champ) is playing Sergei Karjakin(Russian no. 1) the game will be broadcast on many a website and app via a server that is connected to The board they are playing on.

While DGT equipment is NOT open source, at all, I wonder if the firmware could be altered. I mean, it could, by a better man than I, but I would have to find him. And then I could use YOUR idea, of having material imbalance and other dis/advantages (Space, structure (!), etc) affect the sound…

Sorry for confusion. I got excited.

No worries, thanks for explaining.

Dgt clocks don’t have to be open source to be used with other apps, they just need to have a protocol to communicate with, which they seem to have, as many different third-party software can use them.

I found these developer resources with c# and java example and a guide, there’s also a node package for it (seems abandoned though). Sorry if this is for another version of the clock or something.

As an alternative to that bluetooth board there seem to be some programs that capture the game state by recognizing it with webcam on regular chess boards. This one looks cool. 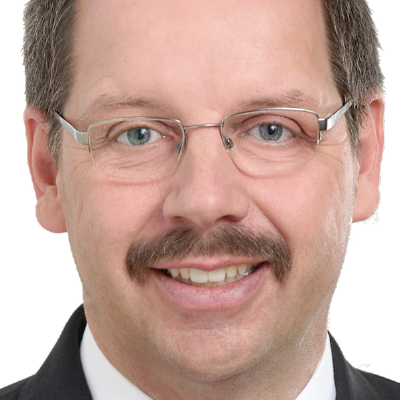 Play Chess With a Webcam. Contribute to WolfgangFahl/play-chess-with-a-webcam development by creating an account on GitHub.