is there a module that randomizes the signals, similar to Bernoulli gate? … or module randomizing or controls the length of the gap between signals or gates? … maybe it’s a beginner’s question - what I am … thanx!

A Bernouli gate takes a stream of triggers or gates and each time one comes in, performs a coin toss and distributes that gate to either Output A or Output B.

To do something similar with an audio signal, you would probably use a sequential switch with a random input. (eg Sequential Switch 8 to 1 from ML Modules).You then feed 2 or more audio signals in, and then each time a trigger comes into the random input, it randomly selects one of those input signals to send to the output. You don’t have to do this randomly of course, you can advance through the inputs sequentially.

… it’s perfect … i didn’t know that the signal can also be controlled via a sequential switch … thank U!

Jozef answered your question, but just in case useful you can also randomize the hits in a euclidean sequencer if you want the gates to be spread evenly but with different gaps in between.

Hi … can you please attach a picture of the example here? thanx

sure will do as soon as back at pc 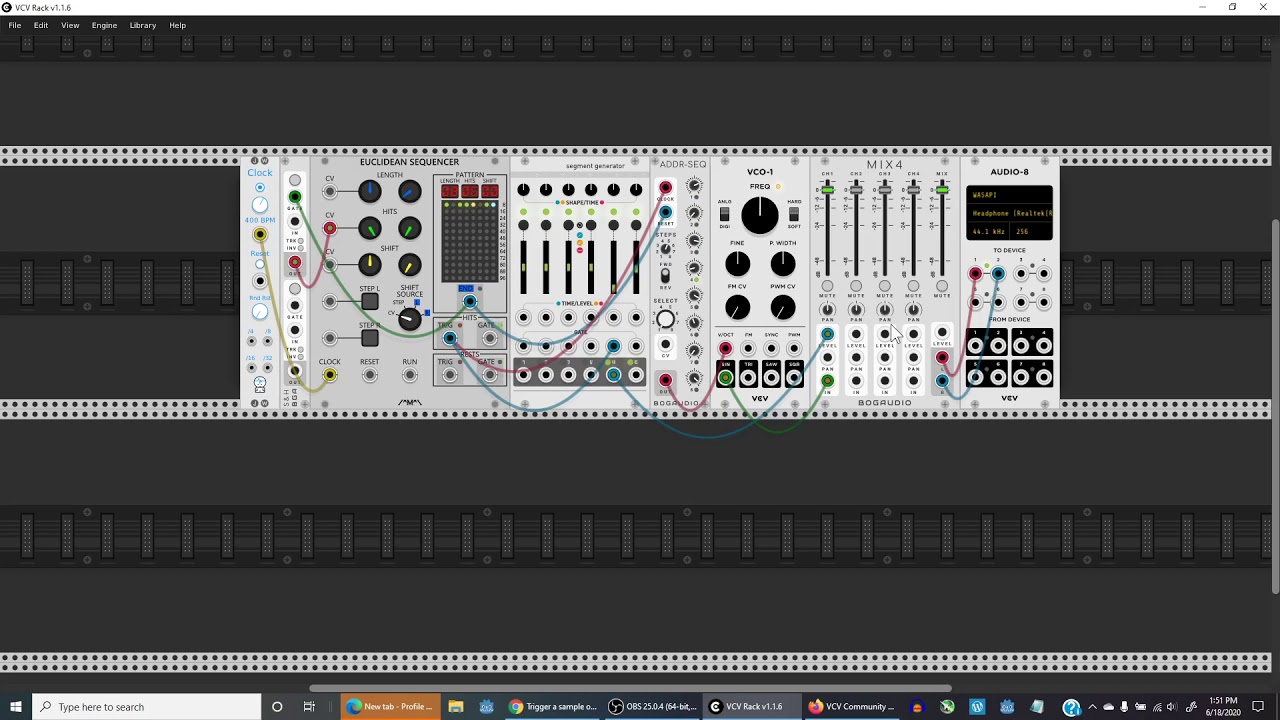 ou video, thank U a lot!

Hey Everyone, i’m a new vcv rack user, and have a question for you, because i have a little problem with the bernoulli gate (see picture below) . If i plug for example a sine wave, it outputs only gates, but the pitch doesn’t change. (i’ve downloaded the patch from Omri Cohen from his Bernoulli Gate tutorial video to test it, and it just doesn’t work. In the video there is melody, but if if i try this patch directly, it plays just the same note). (toggle or latch doesn`t make any difference). I hope you can help me out. Thank you very much! 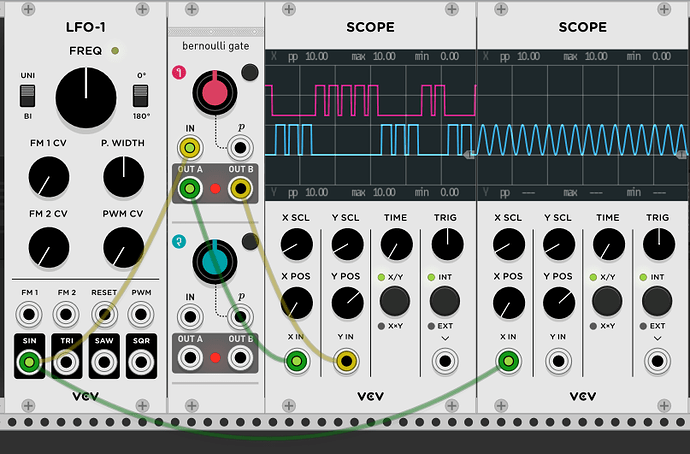 You have an LFO plugged in to the bernoulli gate? The output should just be a series of clicks. The pitch won’t change though, even with a VCO. Can you link to the tutorial?

It outputs a series of gates and when you feed it a VCO , the pitch will change when you change the VCO’s pitch, try it.

I wasn’t clear in my post. I meant that the bernoulli gate won’t in itself change the pitch.

I need a cup of tea to wake up.

He sends an Lfo in the Bernoulli gate, and he sees sine waves on both of the scopes at 0:32.

I see it , but I can not do it myself…mystery 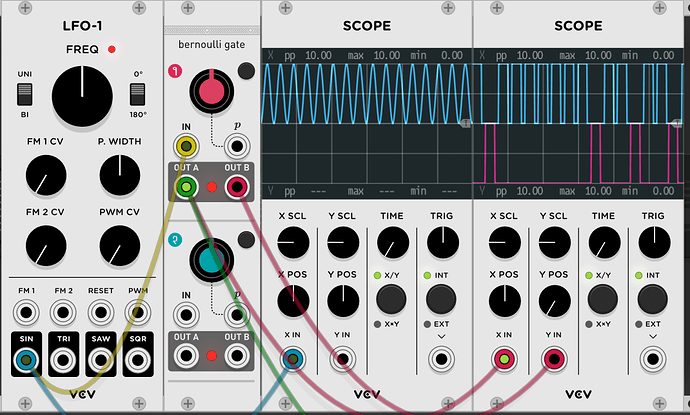 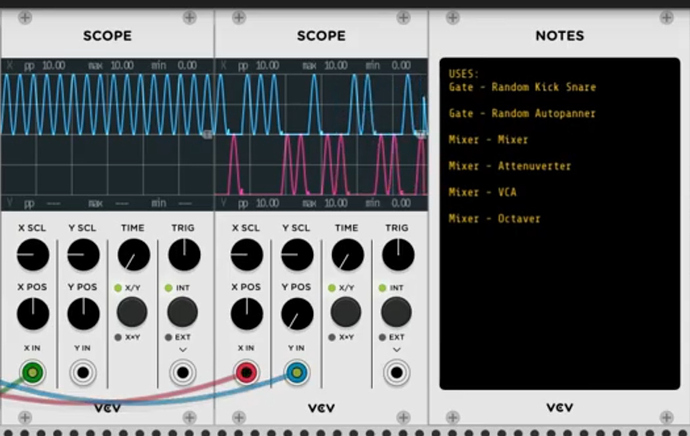 I think the pre-poly version of the bernoulli gate used to pass the input signal through to the selected output whereas the new poly version outputs gates based on the input signal. This is why the videos you’re looking at show sines coming from the outputs rather than pulses.

That could/should be it thanks

I don’t see on my scope something like that.

But if i understand it well, there isn’t any solution for that problem anymore… 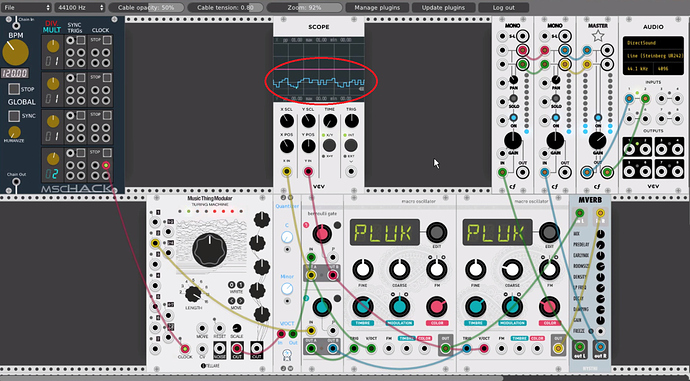