Animated Circuits' Cozmic: How to Add the Plug-in to the Library Manually

Sometimes it happens that some plug-ins are offered as betas or previews, I download them, add them to my VCV Rack Plug-In folder but they never appear in the plug-in browser for use. Everyone seems to know just how to do it but me as there is no discussion about this anywhere that I can find.

Perhaps I should give a more specific instance of this problem. The new Cozmic oscillator is out for beta: 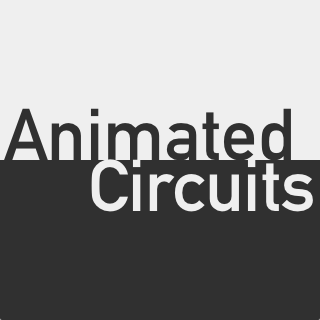 VCV Rack modules. Contribute to AnimatedCircuits/ACRackModulesPreview development by creating an account on GitHub.

And I already have Animated Circuits’ one module that is now officially available, I think it is a wavefolder module. I also previously had and quite enjoyed the 0.6 version of Cozmic or Cosmic I think it was called then. I still have the folders for that and all the Animated Circuits 0.6 plug-ins.

So what I have done is to just grab the new Animated circuits Cozmic folder and throw it into my plug-in folder. It is not inside any other folder apart from the folder containing all of my VCV Rack plag-ins. I close VCV Rack, re-open but obviously there is some step I have missed as the new module is not picked up by the VCV Rack browser as being in my plug-in library, and as with several other modules I have tried to install in the manner described above it never appears until the developer puts the update in the plug-in manager.

OK, I got it working. Thanks so much, Andrew I appreciate it as always.

Not trying to be snarky or anything, just a suggestion, the instructions in the link don’t really correspond to what is actually there in a person’s Rack set up.

The instructions mention a user folder. So I go looking for a folder called “user” but there is none. If it was me and i were writing it up I would refer to the folder as Rack/plug-ins not Rack User folder/plug-ins.

I disagree. That manual entry looks fine to me, and your suggestion would make it generally incorrect.

If I may ask, how would my suggestion make it incorrect or generally incorrect?

OK, maybe it is fine for you and evidently most people as no one but me seems to have any difficulty with installing beta plugins and the like, but there is no folder called ‘User’ or “Rack User Folder” that was my point. It seems entirely reasonable to me to interpret the instructions as asking you to find a folder by either of those names and when one goes to look there are no folders by those names. Of course Its not much of a stretch for most to realize what is actually meant: find the Rack folder.

I think I see the way you see it, the folder called “Rack” is thought of as a user folder perhaps referred to as such but it isn’t actually named that on ones drive as the program is installed, that is what tripped me up and may some others. I’m just saying and its not important, its not a problem.

but there is no folder called ‘User’ or “Rack User Folder” that was my point. It seems entirely reasonable to me to interpret the instructions as asking you to find a folder by either of those names and when one goes to look there are no folders by those names.

“To continue press any key.”
Hm, where it that damn “any” key?!
Sorry…

how would my suggestion make it incorrect or generally incorrect?

The folder doesn’t have to be called Rack. It can be D:\Toast or whatever if you specify with the -u flag. And what would your suggestion “Rack” mean? That doesn’t specify the full pathname. In fact, on many users’ computers there are two directories called Rack, the “Rack user directory” and the “Rack system directory”. Hence the use of the term in the path <Rack user folder>/plugins-v1.

I believe it’s very clear because I even include a link to the FAQ entry in the sentence immediately following the path.

(See Where is the “Rack user folder”?)

The manual page states “<Rack user folder>/plugins-v1”, not “Rack user folder/plugins-v1”. The brackets are standard nomenclature to mean that is the rack user directory, whatever it may be called, as the user may have renamed it to something entirely different.