Hope these make it to VCV Rack.

Has anybody contacted them yet to ask if their modules will make it to V2?

Good question. I hope/think that VCV will/have reached out to the commercial hardware co. that have vcv rack versions. It can only benefit them to have “preview” versions of their hardware available for people to try out. I have watched a few eurorack demos/tutorials on yt where they mention that there are vcv-rack versions so people can try before they buy.

I think I am more worried about plugins where there is less incentive for the dev to update but it is also a closed-source project. We might lose some of those.

Well, sure, it’s a form of marketing for hardware companies. But that doesn’t necessarily mean there is a positive ROI.

But that doesn’t necessarily mean there is a positive ROI.

Not necessarily no, but I’ve seen a few “and now I’ve bought a CS-L” already, and I know the Mutable Instruments and probably Befaco as well, have sold quite a lot from their exposure in Rack. So my personal sense is that it’s very much a positive ROI, and that Rack is a prime exhibition window for Eurorack products. 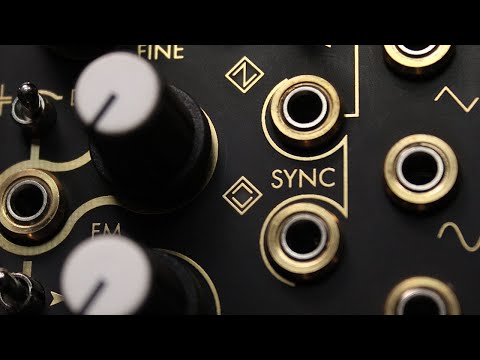 Thanks! This is a great and really thorough demo by Jason of a new, interesting VCO from Instruo, and especially of through-zero FM and how it works, quite clear to me now, I think

My naive explanation of it would be, that where in non-TZ FM the modulator will stop/kill/choke the carrier when it tries to force it into negative frequency territory, which of course it can’t do, with TZFM it will instead simply flip the carrier back into positive frequency territory, thus eliminating unwanted and disharmonious artifacts when you want to make tonal music. I’m wondering now whether the same effect can be obtained by simply full-wave rectifying the modulator, with a non-TZ linear FM VCO as carrier; seems like a worthy experiment.

The most important takeaway for me is: 1) TZFM is definately the most musically useful for tonal music 2) The role-reversal of carrier/modulator where pitch-control is concerned, which is a really important point for a still FM-noob like me

At first glance this VCO naively strikes me as being able to cover 2/3 of the timbral territory of the CS-L in less than half the space, which is a really nice option to have. It’s like it sits very nicely between the capabilities of the TS-L and the CS-L. Good stuff!

I don’t know, the TSL is 250GBP, CSL 510GBP and this one 399GBP. For the unique FM-Sounds you are getting out of this you would always need another Oscillator, so this thing is quite expensive in comparison to the CSL (which has also a ton of additional modulation-inputs). I am looking for an interesting VCO that extends my 0-Coast and I was really excited for the neoni because of Sync and FM, but that price…

If price is an issue, check out the Dannysound EN129 Thru-zero Oscillator - it’s very nice indeed and a little over £200

Remember you only need one of your VCOs to be thru-zero for FM, the other does not need to be.

For the unique FM-Sounds you are getting out of this you would always need another Oscillator, so this thing is quite expensive in comparison to the CSL

Good point. It kinda assumes you have another VCO laying around for FM, otherwise the CS-L is a self-contained FM machine.

Well… tons of them. Have you looked at e.g. the 4ms Ensemble Oscillator? Or the SSF ZPO? Or the Joranalogue Generate 3? What particularly are you looking for and what price range?

Thank you both, I will have a look at them. The Dannysound has a familiar layout and function set, I don’t know where I have seen something similar quite recently…

I don’t want to hijack the thread. I just want to enhance the tonal palette of the 0-Coast which has a second CV-and Gate-out and a way to mix in an external input, so an additional VCO is all I need to start a little rack. Things like PWM, Sync and FM seem to be nice additions and so far the Dannysound is “ticking all the boxes”.

Things like PWM, Sync and FM seem to be nice additions and so far the Dannysound is “ticking all the boxes”.

Yeah, and the TS-L will tick those boxes as well, with something extra. Particularly good if you need slim. Check out the drone I made with it here at first play. The Spectrum VCO also has a great feature set for a “bit more than basic” VCO, I have both.

i just got back into vcv , and for some reason none of the instruo modules are showing up in my list after re fresh. have they been removed?

Not all modules have been submitted to the v2 library by their developers yet.

Jason from Instruo has said he does plan to port them to v2 but he’s a bit busy with other things right now.

Each plugin has to update to v2.0 before they’ll work in VCVRack Free 2 or VCVRack Pro 2. Each plugin is designed by different developers, so it’s not up to VCVRack to do this, it’s up to the developer.

In the case of Instruo, they have not yet updated to version 2.0.

The urban legend around these particular VCV Rack modules is that Instruo had an intern who created them and the Intern has gone on to greener pastures, leaving Instruo with nobody to do the work of updating the plugins. Their code is not “Open Source” or available to the general public, so not just anyone can do this updating. Only approved Instruo peeps.

You can still download VCVRack v1 and access all the v1 modules from the library if this is a deal breaker for you.

Given the circumstances, I think that porting Instruo to V2 would be a strong candidate for the next VCV fundraiser…

I’d love to see that. arbhar SCÍON and Lúbadh would be great to see in version 2.

Neoni and Eas plus a fader just appeared in the newly arrived list.

Here is the Instru IG annoucment

With @Omri_Cohen on the bells